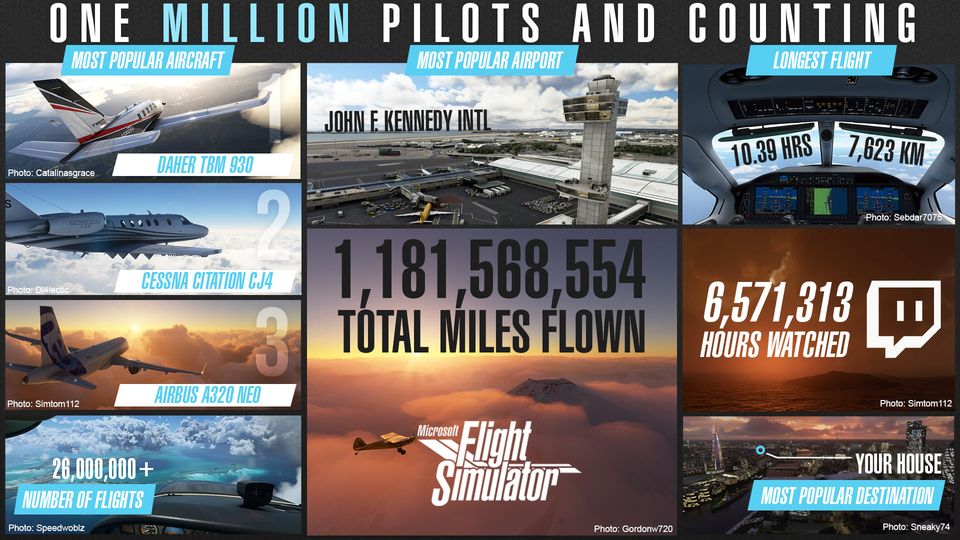 "Legitimately incredible. It's difficult to fully describe how amazing it feels to jump into a plane and have the freedom fly to and from literally any place in the entire world."

"Wherever you go, this game captures the wonder of flight, and the spiritual and emotional rush of seeing the world in a different way."

"It’s a technical achievement and an excellent training aid, but it’s also a brilliant piece of escapism, transcending its purpose as a tool to become something far more widely enjoyable – and I can’t recommend it enough."

"The world as never seen before"

"The work done by Asobo and Microsoft on the technical and simulative front is in fact simply colossal and must be rewarded as it deserves..."

"The most complete out-of-the-box package that out of any flight sim ever."

A reference which will undoubtedly establish new standards in the the civilian flight simulation of the decade. Checkmate!"

"A triumphantly ambitious venture which pushes the boundaries of photorealism in the gaming medium."